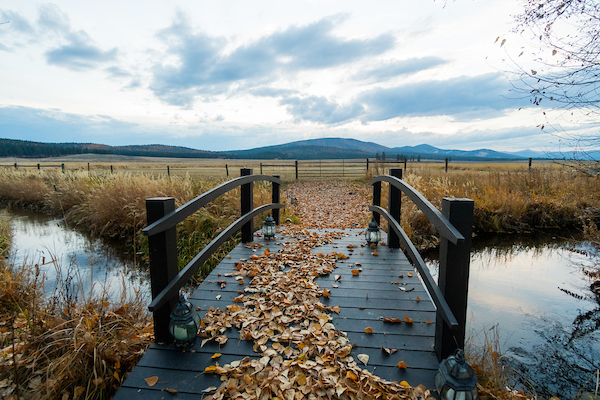 It may not help you levitate, but the number of people meditating these days is soaring. According to the Washington Post, apps like Headspace saw a huge spike in usage during the first half of the year. On the very likely chance that trend will continue, we thought we’d learn more about meditation from Paws Up’s resident expert on the subject, Spa and Wellness Director Laura Russell-Nygard.

As she tells us, “The human mind is undeniably a powerful tool. Not only can it control our internal world but also our external world. And so, the purpose of meditation is simple:  to carefully observe one’s mind.” The benefits are almost a side effect.

Meditation brings about lots of benefits, in fact, such as the ability to lower stress levels, better feelings of connection with yourself and loved ones, improve focus and reduce brain chatter (all those voices in our head need a break, too). It can also help us achieve a better understanding of pain, which can be both mental and physical.

One of the most helpful benefits of meditation in times like ours is an improved ability to acknowledge and deal with anxiety. “And that’s something you’ll find in all areas of your life, whether it’s worrying about what to make for dinner or the current state of the world. We all deal with anxiety in different ways and on different levels,”  explains Russell-Nygard.

Meditation helps reduce anxiety by allowing you to slow down and view the world (and yourself) without judgment, which makes it possible to reduce worrying thoughts and bring about a feeling of balance, calm and focus. “All it takes is a five- or 30-minute practice. The whole idea is to give yourself time to quiet your mind while you focus on getting into a space where you can greet the day with a more positive and open-minded outlook,” she says. And you can do it anywhere and also any time. Anyone, at any age or stage in life, can do it.

Whether you’re sitting in a comfortable chair at home or finding a place out among the 37,000 acres here at Paws Up, there’s no better time than the present to begin. All that matters is that you’ve found a space where you can focus your mind and bring your attention to your daily purpose.

Through mindfulness, your meditation practice can develop into a deeper experience, purposely bringing your attention to an experience occurring in the present moment.

Get started by downloading one of the many apps available online, by playing a guided meditation video or simply by following a few steps on your own: 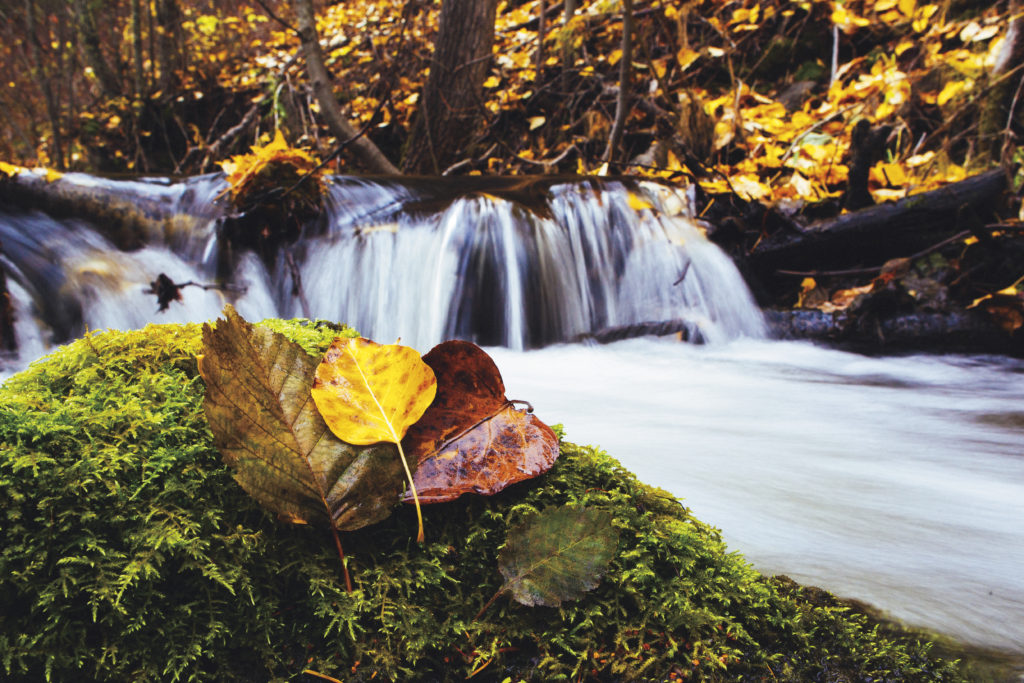 Forest bathing, a type of meditation, and yoga meditation are two ways to begin your practice—or take it to the next level—while you’re at Paws Up.

Learn more about all our spa and wellness services at pawsup.com/spa. 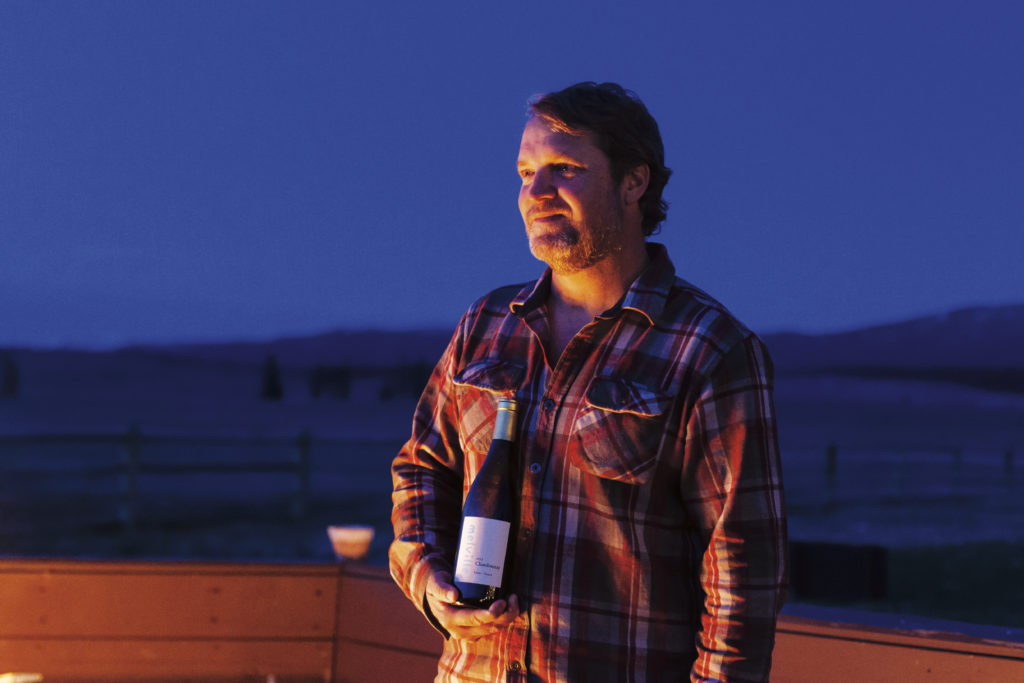 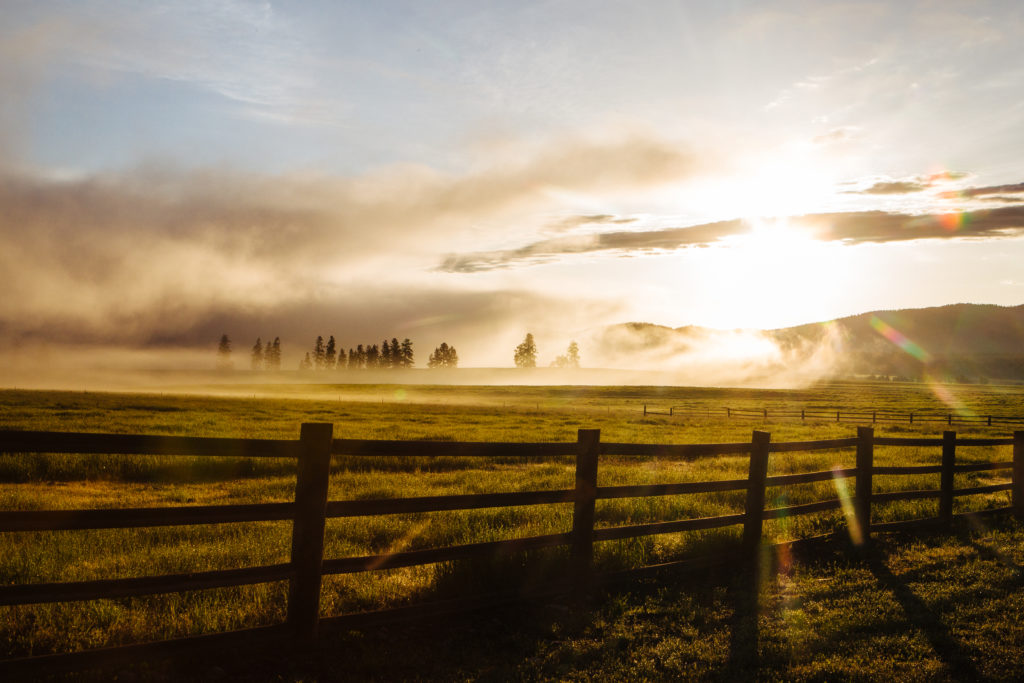 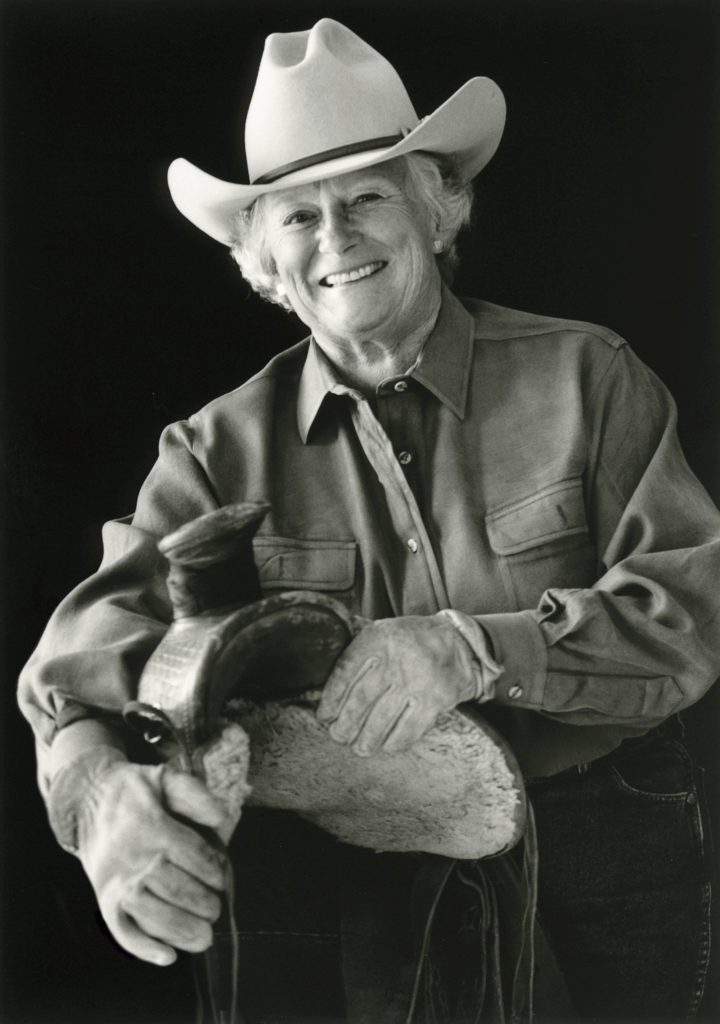 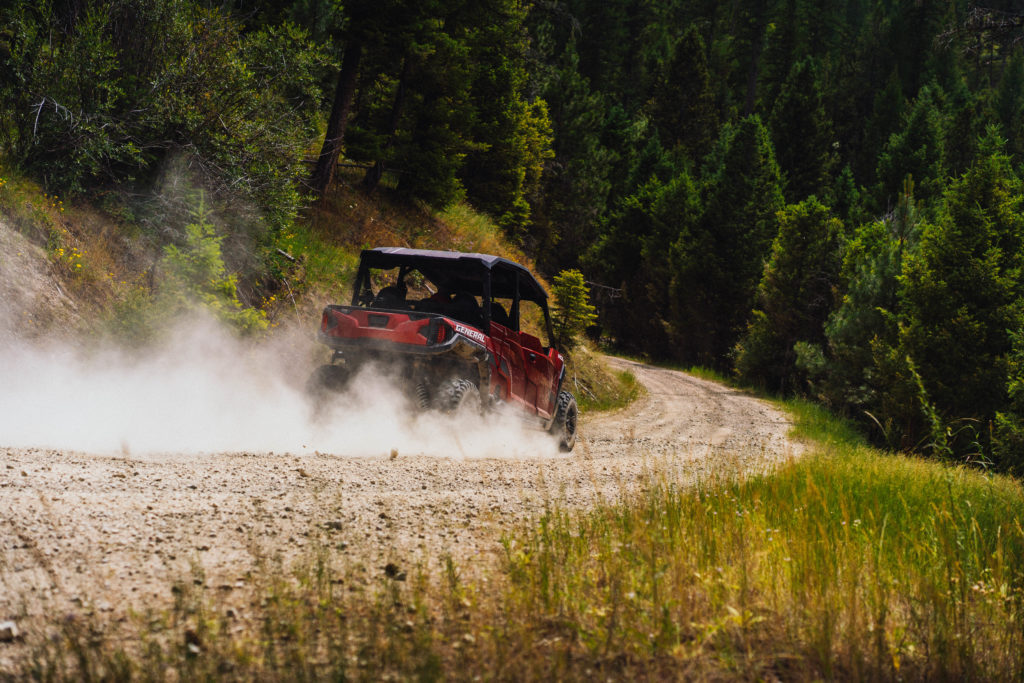 Forget quarterbacks and linebackers. The biggest battle on the field this year is between motors and engines. That’s because when it comes to adventure at The Resort at Paws Up, you won’t find any two activities that make your heart race quite like our Polaris and Fat Tire Electric Bike Tours. Let’s go tread-to-tread to see which vehicle is right for you. 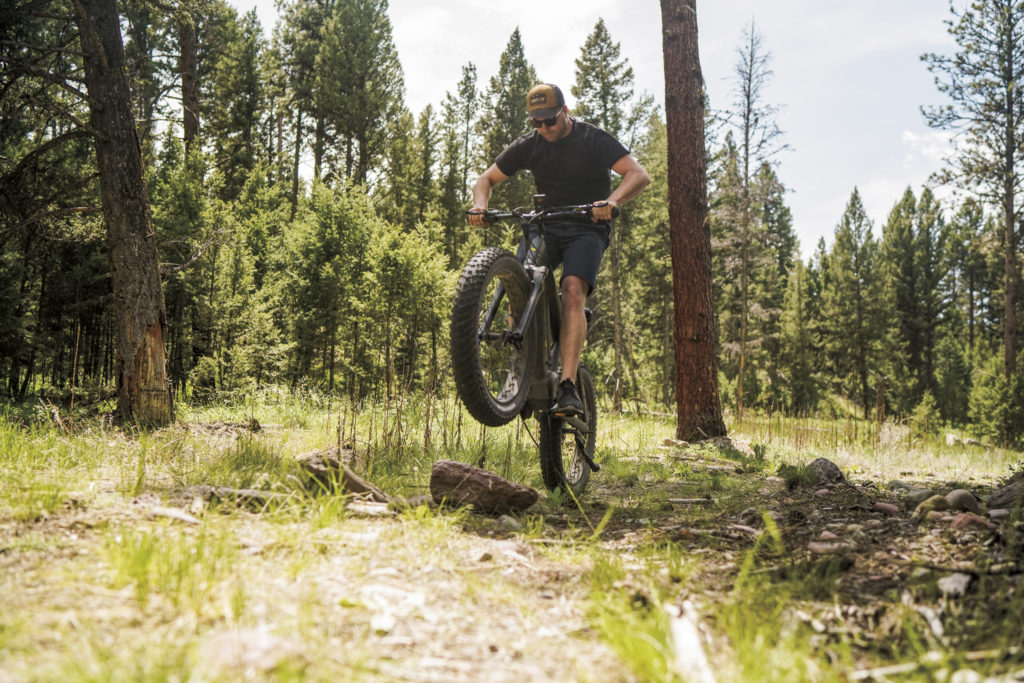 See gorgeous vistas and historical sites:  Our Polaris General vehicles are engine-powered all-terrain vehicles that can travel with maximum control while speeding through mud and dirt. The Polaris can scale mountains like they’re molehills, slice through streams and power through off-road brush. On our Backcountry Tour, you’ll drive to Garnet Ghost Town, the most pristine and well-preserved ghost town in Montana. On the Extended Tour, you’ll head to the Garnet Mountain Range, where, at more than 7,000 feet, you can enjoy a 360-degree view of the valley and then traverse the mountains all the way back to The Resort.

Get into the woods and spot unsuspecting wildlife:  Fat Tire Electric Bikes are designed to let you motor over surfaces, including bumpy roads, rock and even sand in ultimate comfort. With four-inch or larger tires, they come in a variety of frame styles, including the full-suspension mountain bikes you’ll find at Paws Up. These environmentally friendly, all terrain e-bikes scoot quietly over trails and along the fabled Blackfoot River, so you’ll spy all sorts of creatures. Able to go up to 20 miles per hour, without pedaling, you can tackle the terrain while ogling mile-after-mile of scenic wilderness.

No matter which way you choose to ride, either on a Polaris or on a Fat Tire Electric Bike, you can’t lose when you have 100 miles of trails and 37,000 acres of pristine wilderness to explore. It all comes down to what feels right for you. 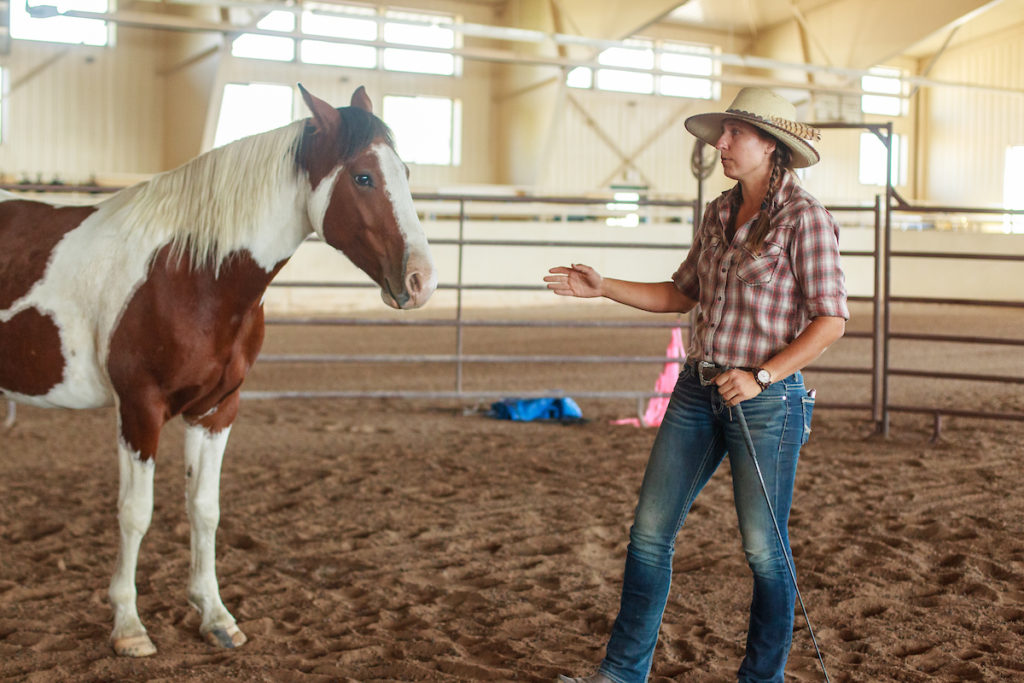 Getting walked all over in your equine relationship?

Getting along well with others is all about give-and-take, and with the newest activity at The Resort at Paws Up, you’ll have the chance to practice—with a horse. Paws Up Equestrian Manager Jackie Kecskes, our expert in all things horse-related, has created a new activity designed with you and your steed in mind:  Foundational Horsemanship. Be prepared to be challenged, because as Kecskes says, there are no horse problems, only human ones.

You may have a specific problem to work on, like how to help a horse that doesn’t load well. Or you might need to understand how to manage certain traits, for example, if your horse back home seems flighty, pushy or lazy.  Whatever your issues, these sessions will steer you and your horse in the right direction toward a long-lasting happy life together. Each session is individually designed and could include groundwork or saddle work (or both), depending on what you’re wanting to focus on.

With Foundational Horsemanship, you’ll begin the process of working things out. While you can’t fix everything in one day, you can get a taste for what a successful relationship is all about. And better still, you’ll leave Paws Up with a whole new outlook when it comes to your relationships, on the trail and off.

To see the full menu of fall adventures at The Resort, visit  pawsup.com/fall-adventures.